The country introduced containment measures much earlier than others—prior to detecting its first case on 26 February, people on incoming flights were being quarantined where appropriate and large-scale events started to be cancelled a day later. Schools were closed on 10 March and most other public spaces including shops and restaurants were shut a week later, only four days after the first death was recorded. In comparison, Spain’s first fatality came a month before these businesses closed. Greece’s strict social distancing measures also prevented all non-essential travel outside the home and brought the shutters down on hotels. 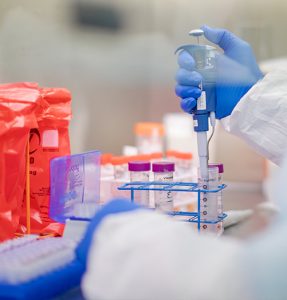 Transparency has been another important component in managing the crisis, with a daily television broadcast led by a highly respected scientist explaining the latest data and what it means for future behavior. The government has also substantially limited the spread of coronavirus by fast-tracking its existing plans for Greece’s digital transformation, notes Minister of Digital Governance Kyriakos Pierrakakis, head of a newly created ministry: “Our initial goal was to move from 26th position in the EU’s Digital Economy and Society Index to converge with the EU average within four years. To achieve this, we had already created a meticulous and comprehensive plan, covering everything from telecommunications to digital public services and digital skills.”

His ministry could meet its goal more rapidly than expected, as investing in digital advance and bureaucratic simplicity was seen as vital to fight COVID-19. Greece focused on developing its electronic government portal that now offers over 500 services. Since the lockdown, these have included the ability to receive prescriptions on mobiles that reduced visits to doctors by 250,000 in just 20 days. The government also introduced an innovative SMS system that enables citizens to inform authorities when leaving their homes, which has been hailed by the Organization for Economic Cooperation and Development as best practice for others to follow.

In the last few years, Greece has built an impressive ecosystem of innovative technology entrepreneurs that have helped it launch these services. “One of the smartest investment policies to be designed during Greece’s financial crisis was the creation of our Equifund program. This has been a key ingredient in the emergence of this ecosystem and is why we now have some very successful tech companies that are internationally competitive,” explains Pierrakakis. U.S. firms have provided additional support, according to Ambassador Pyatt: “Companies like Microsoft, Google and Cisco have stepped up their engagement with the Greek government to help build tools that the government is using to meet this challenge.”