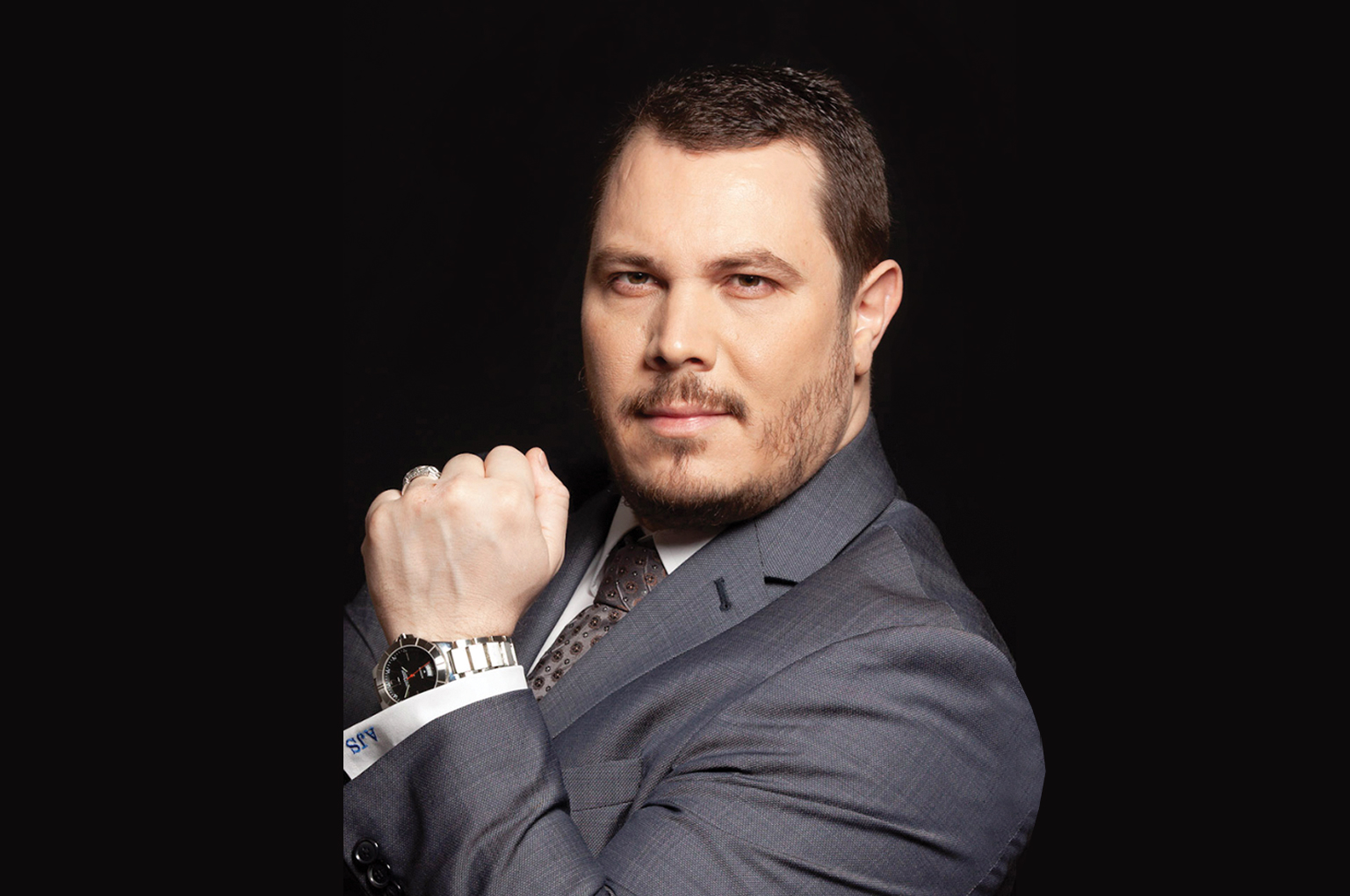 Posted at 12:16h in interview by admin

Anastasios, you are known as the “Wolf of Entrepreneurship” in Greece. Why don’t we begin the interview by hearing a little bit about your journey as an entrepreneur and how it is that you earned this name. When was the entrepreneurial seed planted in you? What were some of the biggest hurdles you faced and how did you overcome them?

When I was seven years old, I wanted to buy a lollipop and my grandmother would not give me the money. So, I decided to collect garbage from the school’s yard, use it to make things and sell them to my friends. I found a way to get three lollipops per day, keeping the wrapper to show my grandmother that I had man- aged to get what I wanted on my own. Back then I did not realise that this was an entrepreneurial mindset. Growing up, I realized that this is a way of thinking and it has now become a way of living as well for me.

Regarding the title you mentioned, I would like to highlight that here in Greece there are a lot of great entrepreneurs. However, in my opinion, the country overall is not that advanced yet. It has made great steps forward but it still has a long way to go. When me and my team do business, we focus on doing it much faster than the rest of the market. We have been closing down the biggest deals in a really short time.

In order to achieve this in such a short period of time, as Generation Y became international in its 15th year of operation starting from zero, we had to leapfrog our way through. Thanks to the financial downturn, the Greeks who were not cooperating enough started to shift their stance. If you ask me, I have always pre- ferred synergies for the company than doing things on our own. Besides, if you want to go fast, go alone, but, if you want to go far, go together. Obstacles are what pushes evolution forward. It is all about the way you understand the obstacles that come up. If you see a problem, like capital controls, for which you are prepared enough, you can use it as an opportunity. We were one of those companies, even though we never predicted capital controls in the first place. However, we had the proper mindset to take advantage of all this. We never saw difficulties as something terrifying. I am not saying that it is pleasant to confront such problems, but fromwhat we have seen so far, we can evolve thanks to them.

The last decade in Greece has seen some of the most challenging conditions to do business. The economy contracted by 25 percent and thousands of companies went belly up. However, there are also examples of companies that managed not only to grow and be profitable during this period, but to become stronger and more extraverted. This is the case of Generation Y. Tell us about how you met the crisis head on, weathered the storm and emerged an even stronger company?

Generation Y was a small island of hope throughout the financial. downturn imposed on the Greek market. We had to take the hope of our clients in our hands in order to help them grow their dreams. While the physical market was shrinking, the digital market was expanding. In our case, the crisis boosted our services. As we provided quality services, we grew through our clients. We had four core pillars in mind. First of all, we were looking for ways to boost growth. Then, we wanted to manage our operational costs in the best possible way. In addition, we were trying to put key performance indicators in everything because, if you cannot measure the situation, you cannot improve it. We have the ability and technology to segment our target audience not only based on demographics but also behavioral characteristics. Moreover, 78 percent of Generation Y’s revenue comes from abroad. This means we have the ability to put Greek companies in an… export mode. All of the sudden, you do not need all this capital in order to go global and export. Entrepreneurship is like the bicycle; you fall, unless you keep moving.

“Digital transformation is not something magical. Everybody is already living in it, one way or another. I would advise people to embrace this change, as this will evolve them.”

Among your long list of clients are some pretty powerful brands, many of them huge multinational companies. Throughout your 19-years journey, you have built a solid portfolio and gained the trust of these companies, reaching a point where it made sense to go international yourself and set up offices in 10 other countries outside of Greece. Tell us a bit about your experience abroad and the significance of being present in some of the most progressive tech cities like Austin and London?

I believe that we are living in an era that allows no borders. I may be Greek, but I also identify myself as a citizen of this world. It is not a matter of place; op- portunities can be found anywhere. It is very interesting to see how each sector is operating through the international experience our company has gained. You can gain experience from a progressed market and apply it to a smaller market. You can also detect a smart idea, implemented in a small market, and bring it into a bigger market, where it can have a more serious impact.

Under your leadership, Generation Y has been responsible for the digital trans- formation of hundreds of its clients. In the broader context, you have been a staunch promoter and spoken largely about the necessary digital transfor- mation of Greece and its economy. How do you see Greece’s evolution into a digital and knowledge-based society?

Industry 4.0 disruption is here, and we really need to follow it. It is an absolute necessity for Greece to proceed with digital transformation. It will make our lives much easier, without taking away any jobs. I strongly believe that the human aspect will always be needed, since the more the technology evolves, the more valuable hu- man traits like humor, creativity and imagination become. Moreover, the economy will be really supported if we simplify the relationship between the state and the citizens. There will be less bureaucracy and more time for us to be productive. Tech- nology can actually deliver all this. It is just a matter of time to see the real change.

In 2018 there were 22 billion devices connected to the internet. By 2025 it is expected to reach 75 billion. What can you tell us about your vision for Generation Y’s strategy to fully harness the potential that technology like artificial intelligence (AI), the Internet of Things (IoT), blockchain and big data can bring, both for you and your clients?

Companies have to understand that the IoT is a major opportunity. Generation Y has been using AI, blockchain and IoT in order to achieve the goals of our clients. For example, we have our own custom-made algorithms that create advertisements based on the possible client’s behavioral characteristics. All this know-how of legal targeting through custom segmented messages toward a single person can be ex- tremely valuable. This platform is used exclusively by Generation Y and is one of the reasons why we are a Premium Google partner with admirable results. We are not just providing a service. We are the trusted advisor for our clients in order to make them understand how technology should be applied in their strategy and business in general. We grow them by explaining how digital transformation works and we apply that to their companies.

Thanks to keen vision, crafty management and a lot of hustle, you have become one of Greece’s most prominent tech entrepreneurs. What makes you feel the proudest when looking back at the history and development of your company?

There are three milestones for me. The first one was the moment we decided to start hiring people, as our first office was just 23 square meters. When we started hiring people, we did not even know how to make a living out of this ourselves. It was a huge responsibility. The second milestone was our first business abroad, with a small company in London, which we treated as the biggest client in the world. The third milestone was the standardization of the company and the way we created it in order to become multinational. This was the harder part and it took us two years, through a lot of mistakes and more lessons. However, everything that we learned the hard way applied on our work and vision. Thanks to collaborative leadership, we listen to our team and decide accordingly. This way, we are able to adapt and apply changes in the business, even if we or myself do not completely understand them.

Do you have a final message for the readers of Newsweek?

Right now, Greece is a paradise for investments. Of course, it has its own peculiarities, like every country in the world. Generation Y is one of the top players in the general region regarding digital tansformation. We differentiate ourselves by taking hand-by-hand this title, with a more personalized human approach. We are multinational, but, in a way, we work as a small or medium company. Digital transformation is not something magical. Everybody is already living in it, one way or another. I would advise people and companies to embrace this change, as this will evolve them as well. 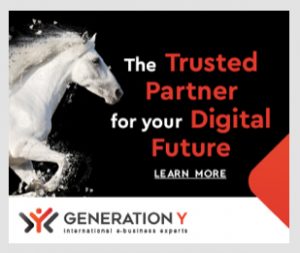