A country with countless opportunities 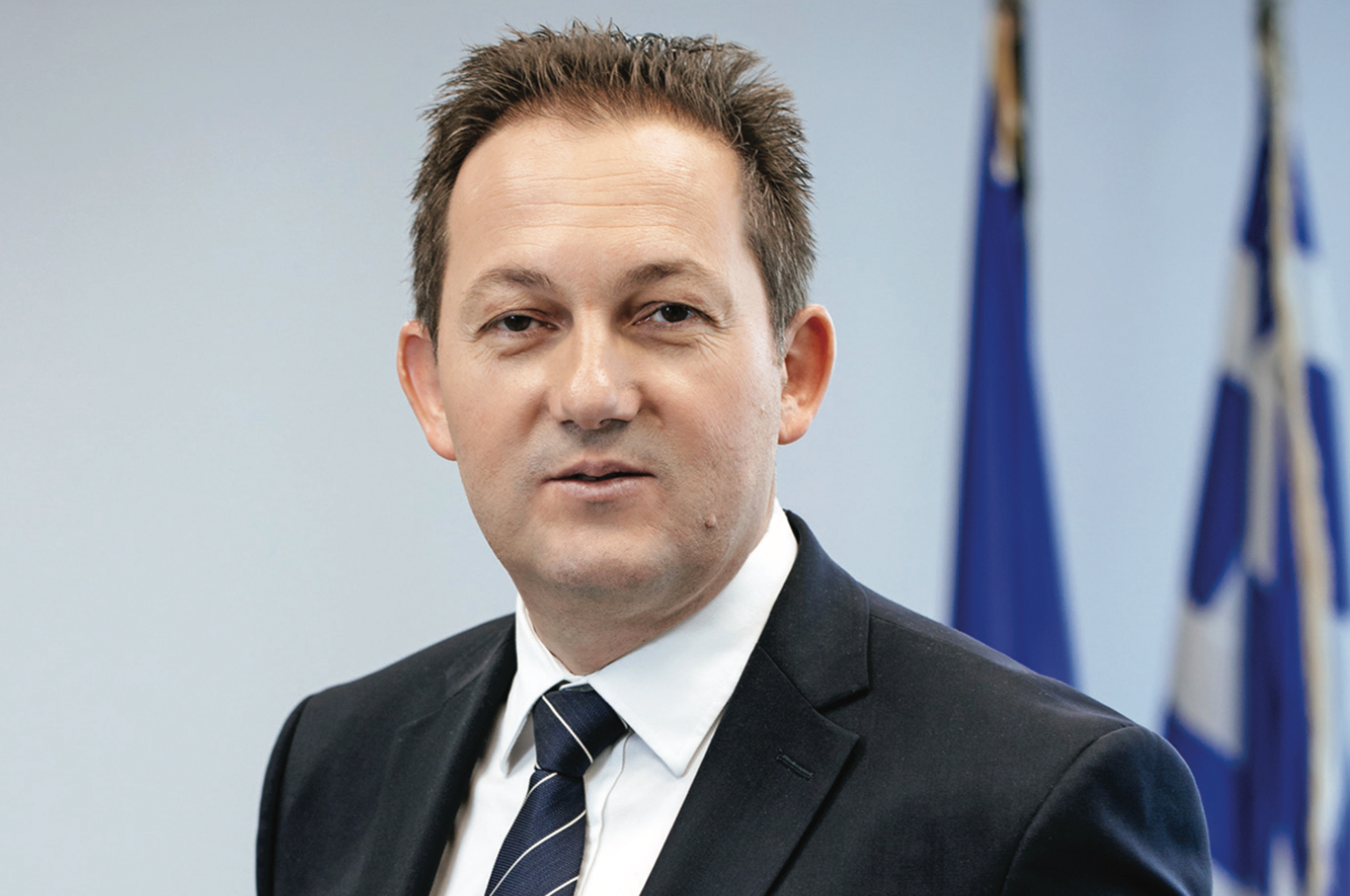 20 Jan A country with countless opportunities

Posted at 11:56h in interview by admin

Stelios Petsas, Deputy Minister to the Prime Minister, believes that Greece has finally turned the page

We are a few months into the New Democracy government and much has already changed, with some of the Prime Minister’s campaign pledges having already been rolled out. What else can we expect to see in the next few months?

We want to reintroduce Greece to the international markets and the entire world as a country with self-confidence, able to participate in all important discussions in Europe and abroad. The country has managed to turn the page and it has been look- ing for multiple collaborations with its partners.

At the recent Thessaloniki International Fair, the Prime Minister presented his comprehensive 12-month plan for the government: “A pact of Revival and Prog- ress”. How would you characterize the reaction to his address, both from the public in Greece as well as from foreigner observers?

According to the latest polls, 74 percent of people accept the Prime Minister’s plan, as expressed during his various appearances in domestic and international fora. As far as the investors are concerned, the interest rate is going down by 1.6 percent, or even lower. The yield on 10-year Greek government bonds is 1.6 percent, from 3.8 percent eight months ago. Many investors are coming to Greece and are interested in new investments, either greenfield or portfolio investments.

Could you share with us a bit more about you vision for government communi- cations and what immediate goals you aim to achieve?

We have a restructuring plan for public television, in an attempt to liberate it from public sector regulations and attract more private investments. As far as the News Agency of Greece is concerned, we plan to transform it into a news sensory tool. We will be focusing more on innovative technologies and the news, instead of interviews. We are also planning to proceed with the licensing procedures regarding regional TV and radio stations. Finally, we have to incorporate two EU directives into our national legislation. The first one is about intellectual property rights, while the second one is related to audiovisual media services.

When it comes to foreign direct investment, what can Greece offer investors that its competitors cannot?

There are a lot of opportunities in Greece. The hotel industry is booming in the Athens area and the Hellinikon project is a very important one, giving a signal and intensifying the interest of foreign investors. Another area of huge potential is the energy sector. We have launched the privatization processes for the Public Gas Cor- poration of Greece (DEPA) and for the Hellenic Electricity Distribution Network Operator (HEDNO). Furthermore, there are multiple opportunities in the agricul- tural sector, where we have recently established a cooperation with the Netherlands. After so many years of financial crisis, when almost a quarter of our GDP evaporated, there are a lot of new opportunities.

Can you share a few words with us regarding the €8 billion Hellinikon Project, Europe’s largest urban redevelopment mega-project?

Currently two American companies, Mohegan Gaming & Entertainment and Hard Rock Entertainment, have expressed their interest to invest in the Hellenikon casino. This is extremely important for us because, as we all know, there has been very limited interest from foreign investors during the crisis era. Thus, it is crucial that two major American companies have shown interest in investing, giving the signal to oth- er companies to invest in other areas as well. In addition, the Hellenikon constitutes a very attractive location for companies, so businesses can relocate to Athens and set up their headquarters and their executives’ houses there.

How would you describe your administrations’ vision for Greece’s role within Europe and the main challenges it faces today including Brexit, immigration, job creation and recessionary dynamics?

During the past administration, Greece showed a rather limited interest in EU matters. Our administration is well aware of the fact that Europe is facing major challenges. The most important one is Brexit. A hard Brexit might prove to be an economic disaster both for Britain and the British people. The second challenge is the migration and refugee crisis. In particular, having to cope with the increasing flows over the last five to six months—we are doing our best with the support of our EU partners. We are trying to implement our common decisions according to the EU-Turkey Agreement. We have to keep in mind that this is not a bilateral issue, but an EU-Turkey one.