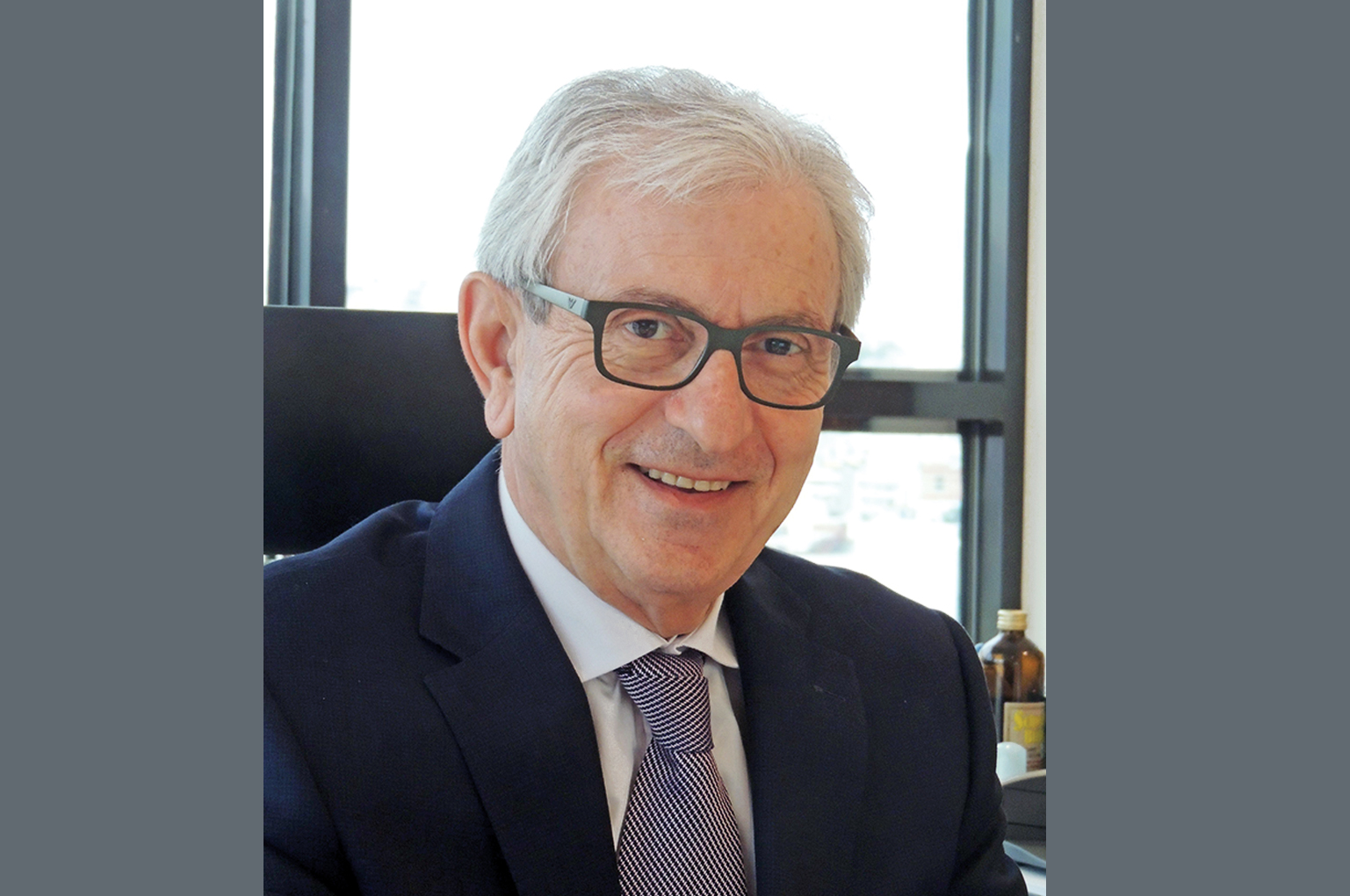 Posted at 12:27h in interview by admin

Theodore Veniamis, President, the Union of Greek Shipowners, discusses seafarers, sulfur caps and the challenging relationship between the EU and the UN IMO over industry regulations

You have been at the helm of the Union of Greek Shipowners since 2009 when you were first elected president. At this time, Greece was tumbling into one of the harshest economic recessions in recent history, from which it is only now recovering. How would you describe the impact of the crisis on the Greek shipping sector?

Peaks and troughs in the Greek economy may affect us either directly or indirectly. However, what we really suffer from is seeing our people struggle and so we decided as a union to put our energy into supporting them. We started off with a huge budget and since 2016 we have created a non-profit company, the Greek Shipowners’ Social Welfare Company (SYN-ENOSIS), which is under the presidency of the elected president of this union. We reach out to anyone who needs support, such as by sending packages to families in need, supporting academies, helping students via scholarships and providing aid for people who have suffered from natural disasters, like wildfires or floods. We collect funds and we do whatever is needed to support the Greek people and relieve them from their burdens.

Tell us about the union’s major priorities. Is the revitalization of seamanship of the Greek people still among them? How about attracting younger generations to the maritime industry?

We want to bring Greek nationals and seamen back on board. This is not an easy task. Whilst we have had talks with the government, the unions still need to understand that they cannot simply sit back and watch. Greek nationals accounted for 90 percent of crews several years ago; now it is less than 5 percent. We need an intervention in terms of regulation. We also need to create the right policies for the next 50 years. This involves continuing to be competitive with the rest of Europe and the world.

In your capacity as president of the Union of Greek Shipowners, you have joined forces with the Piraeus Chamber of Commerce and the Hellenic Chamber of Shipping to create Maritime Hellas, an organization designed to promote the cluster in Greece and unite the entire shipping industry. Could you share your vision behind the cluster?

A cluster can only exist if shipowners are present. If the shipowners do not operate in a highly friendly environment, there is no cluster. We are very proud that over the last 100 years, Greek shipping has maintained its fundamental role in the economy. We really believe in the cluster and are convinced that with the proper, globally-oriented legislation, it will remain in place for many decades to come.

When it comes to ship registry, the Greek flag is eighth in the world, behind countries like Panama, Liberia or even Malta. Tell us why you think Greece is well positioned today to attract new Greek and international ship registries in the coming decade?

The problem we face, even in my own company, is that you cannot fulfill the requirements of the Greek flag, because we cannot find masters. In other countries you do not have this has to become attractive and competitive. This can be achieved through collaboration between the administration and the industry. The Greek flag is in need of a platform that is equally competitive with any other shipping flag.

Technological innovation is having a phenomenal impact on the shipping sector, in terms of sustainability, efficiency and profitability. Are technologies like artificial intelligence, blockchain and big data already lending themselves to the maritime sector? What can we expect to see next?

The innovation that we are seeing in shipping relates primarily to energy. I believe that the alternative fuels that we are going to see in the future—biofuels and synthetic fuels—will impact on us positively. The other sector in which we are going to see great improvement in the upcoming years is battery technology. If there are advances in either the size or capacity of batteries, our sector will reap huge benefits.

“The revitalization of Greek seamanship, an integral part of our nation, is a high priority for us. We want to bring the Greeks back on board.”

What is your relationship with the International Maritime Organization (UN IMO)?

We are the only union in the world that operates hands-on and so, for us, the UN IMO is the only vehicle that can lead the way. I believe that shipping should stay closer to the UN IMO. We need the UN IMO and have to support it, in order to come up with better decisions. It has the ability to correct past mistakes in the industry and to resolve current issues. For instance, the 2020 scrubbers’ “exemptions”. The issue of the assessment of the environmental impact of scrubbers has been supported by the EU who, in turn, forwarded the issue to the UN IMO and we are now awaiting its decision. We are against regional measures, wherever they come from.

You have been particularly vocal about a major issue currently on the table at the UN IMO regarding emissions regulation and, in particu- lar, the sulfur cap that is due to be implemented in 2020. How will this new regulation affect the global shipping sector?

Regarding the sulfur cap, in 2008 there was a milestone decision regarding sulfur consumption by ships. The UN IMO decided that by 2020, the industry should be burning 0.5 percent sulfur fuel. Ironically, this is the first time that it has given an exemption from a rule, through the scrubbers. Many countries do not allow the use of scrubbers in their waters. In 2020, oil companies are supposed to produce 0.5 percent sul- fur. Do you really believe that a decision of the UN IMO will be applied regardless of oil producers’ capabilities or interests? No.

You cannot simply decide about something that somebody else has to invest in. Oil companies would never invest in a plan with no guaranteed return of investment. The oil companies have not invested, so, why should shipowners be made responsible? Politicians do not want to go near the subject either. The decision was taken based on studies that have been widely reevaluated, with many highlighting profound mistakes in them. Those mistakes are now well-known. As it is today, some oil companies have invested and others have not, but the majority still haven’t done so.

Earlier this year, the UN IMO took a decision whereby countries can pass a law (in Greece such a law has already been passed) whereby liability for provision of unsafe fuels goes to the supplier of the bunker fuel oil. If half of the planet does not produce such products, how can the investment pay off? These are unattainable goals. Let’s keep in mind here that shipping pollutes less than any other industry.

We want all oil companies to assure us that specifications of marine fuels are correct, up to standard and meet all the requirements of the engine. If you wanted to mix bunkers—say one in Singapore with another in Brazil—nobody can guarantee that there would be no problems. If you mix them, you are endangering your engine and this leads to much higher risks. So, the shipping industry is regretfully left alone to deal with all related problems, like the non-availability of compliant, safe fuels worldwide.

The new European Commission announced that it intends to create regional measures on emissions. If they wish to go down that road, they have to do it carefully and clearly. I believe that regional systems and measures may make a few people richer than they were on the backs of a few others. The problem, however, can be solved within the UN IMO and everybody should be fighting the battle there.

As an ambassador for the Greek shipping industry, how would you describe the spirit and essence of the Greek maritime sector today?

We, as one of the smaller countries of Europe, are very proud to possess the biggest industry in the world in this sector. We are also proud that this is set to remain the case for years to come. I foresee many years of success, as every person involved in the shipping sector, including the younger generation, love what they do. The Union of Greek Shipowners has been the driving force in this.